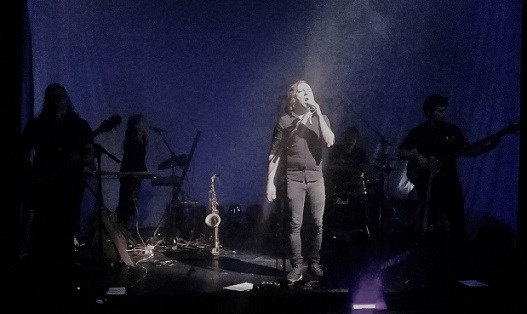 “Insomnia” concert will be offered by Anima Mundi Saturday 8th June  19:00 hours at Sala de conciertos del Museo de Bellas Artes. Havana Cuba. The show will be based in the well acclaimed homonymous 2018 concept album which lyrics and music lead us to Dystopic SI-FI which occurs in a fictional city placed inside a city that beholds a human world surrounded by an environment ruled by political, financial and technological powers, which have created a blind machine who  articulates a bunch of artificial fears, which added to our old fears of ever, eventually have the power to transform us in a new hurt and scary animal.

The show will have the art of the lighting designer David Valera and the films made for the band by the film maker Alejandro Alonso. An single oportunity to enjoy of entire Insomnia show. Anima Mundi will also perform some classic one from the oldest years.